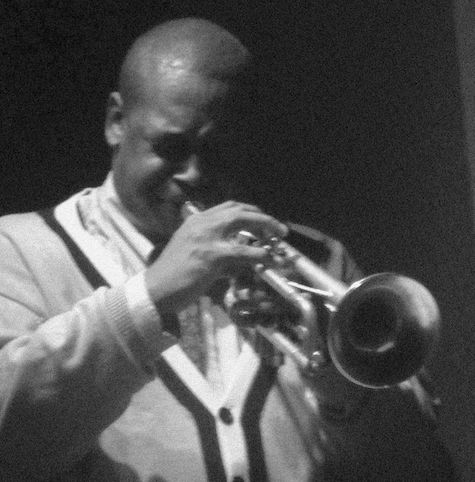 The next show will air on Sunday, May 27, 2018 from 11:00 PM – 1:00 AM Monday Eastern Standard Time on WBAI, 99.5 FM in the NYC metro area or streaming online at wbai.org. This broadcast features an interview with trumpeter Freddie Hendrix as part of our 2018 Vision Fest coverage.

Over the past two decades, Freddie Hendrix has become one of the most in demand trumpeters in Jazz, and beyond. Also an accomplished composer, arranger and educator, the Teaneck, New Jersey native’s skill and versatility has resulted in him working with a wide array of performers that range from the Count Basie Orchestra and The Christian McBride Big Band, to Aretha Franklin, Stevie Wonder and Alicia Keys.

With the release of his first recording as a leader, Jersey Cat, Freddie is serving notice that now is his time. One of the music’s most exciting players, Hendrix has forged his own sure footed, full toned sound, out of the tradition of Freddie Hubbard, Woody Shaw, Lee Morgan, and Clifford Brown. A powerful septet recording, Jersey Cat, a scintillating septet debut, impresses from the opening bars of the powerful first track, “St. Peter’s Walk”. At home on fiery, uptempo tracks, or on ballads like “You Don’t Know What Love Is”, Hendrix shows that he can handle any tempo and interpret any song with ease, and when called for, nuance. And on originals like “On The Rise” (one of his first compositions), “Madeira Nights”, (inspired by his first trip to Europe), and “Whims Of A Waltz”, Freddie’s aforementioned composing and arranging talents are on full display. Among the other selections on this well rounded project is a wonderful performance of the Horace Silver classic “Peace”, and a swinging rendition of Freddie Hubbard’s “Hubtones”.

A product of the esteemed Jazz program at William Paterson University, with a Masters in Jazz Studies and Performance from New Jersey City University, Hendrix also shares his knowledge and passion for the music by serving as a faculty member at the Hartt School of Music at The University of Hartford (Ct.), The New School in New York, and Jazz House Kids, in Montclair, New Jersey.

Whether leading his own groups, or lending his talents as a lead or section player in much larger ensembles, Freddie Hendrix continues to flourish as one of the most exciting trumpet voices on the music scene.

Freddie Hendrix will be at the closing evening of Arts for Arts’ Vision Festival 23 as part of the Oliver Lake Big Band on Memorial Day, Monday May 28.

Watch Hendrix play a cover of Miles Davis’s “Tutu” in this live clip.