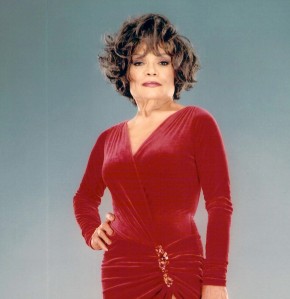 Reminder: Suga’ in My Bowl now airs weekly on WBAI, except for the last Sunday of the month! Please update your calendars and pass the word on to friends if you like the show.

The next show will air on Sunday November 17, 2013 from 11:00 PM – 1:00 AM Monday Eastern Standard Time on WBAI, 99.5 FM in the NYC metro area or streaming online at wbai.org. This installment of the program will feature an interviews with Kitt Shapiro (Eartha Kitt’s daughter) and singer Rene Marie as we honor her life and work of of Eartha Kitt. Listen to a short preview below:

We’ll also revisit our conversation with Rene Marie about her first musical tribute, “I Wanna Be Evil: With Love to Eartha Kitt“, which was released on Tuesday, November 12. Marie wrote on her facebook page that she “swore [she] would never do a tribute CD. But I fell in love with Eartha kitt and the damage was done!” There will be an opportunity for listeners to win tickets to see Marie during her run at Jazz Standard from November 20-24.

Eartha Mae Kitt was an international star who gives new meaning to the word versatile. She has distinguished herself in film, theater, cabaret, music and on television. Miss Kitt was one of only a handful of performers to be nominated for a Tony (three times), the Grammy (twice), and Emmy Award (twice). She regularly enthralled New York nightclub audiences during her extended stays at The Cafè Carlyle and these intimate performances have been captured in her recording, Eartha Kitt, Live at The Carlyle.

Miss Kitt’s distinctive voice has enchanted an entirely new generation of fans. Young fans loved her as YZMA, the villain, in Disney’s animated feature “The Emperor’s New Groove”, (2001 Annie Award for Best Vocal Performance / Animated Feature). Miss Kitt was also featured in the sequel, “The Emperor’s New Groove II” and reprised the role in the popular Saturday morning animated series “The Emperor’s New School” for which she received a 2007 and 2008 Emmy Award for Outstanding Performer in an Animated Program and a 2007 and 2008 Annie Award for Best Vocal Performance in an Animated Television Production.

Miss Kitt died on December 25, 2008 and is survived by her daughter, Kitt Shapiro, and four grandchildren.

Don’t miss announcements from Hank Williams of upcoming performances from former Suga’ guests in our “On The Bandstand” segment, which you can also catch on our blog on Sunday.

Watch a teaser of Rene Marie sing “I Wanna Be Evil” from her new albun:

And now watch Eartha herself: