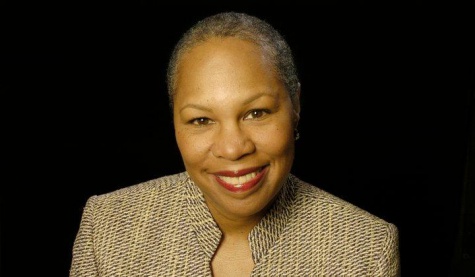 The next show will air on Sunday, February 16th, 2013 from 11:00 PM – 1:00 AM Monday Eastern Standard Time on WBAI, 99.5 FM in the NYC metro area or streaming online at wbai.org. During this membership/fund drive installment, Suga’ in My Bowl launches four weeks of Women’s History Month covering women in different areas of this music. We start with on-air radio host and producer Rhonda Hamilton Carvin.

Don’t forget the program is the premium, so please tune in and donate whatever you can to help us continue this listener-supported experiment.

Rhonda Hamilton, a native New Yorker, is the host and producer of Midday Jazz which airs weekdays, 10AM – 2PM on WBGO/Jazz 88.3 FM in Newark, NJ.

Ms. Hamilton is a graduate of Boston University’s College of Communication. She also studied at the Actor’s Studio in Boston. Her career in radio began in 1975 as a jazz announcer/producer at WBUR-FM, Boston. She later became the music director of WBUR.

Returning to the New York/New Jersey metropolitan area in March 1979, Ms. Hamilton came to WBGO at the station’s inception and has played a key role in making Jazz 88 one of the finest and most listened to jazz stations in the world. Ms. Hamilton also helped to inaugurate the jazz programming on Sirius Satellite Radio where she hosted a daily program from 2001 until April 2009. Since 1980, she has had a regular presence on National Public Radio as the voice of numerous nationally syndicated programs including JazzSet and NPR’s annual New Year’s Eve broadcast, Toast of the Nation-Coast to Coast. She’s been honored by the Jazz Journalists Association and has received 2 consecutive New York Jazz Awards for Best Jazz DJ “in appreciation of a major contribution to the cultural life of our region.” Ms. Hamilton is also a recipient of The Ladies in Jazz Award from the Mayor of NYC and the Harlem Chamber of Commerce. Other honors include recognition from the Spelman College Alumni Association and the Kappa Alpha Psi Fraternity.

On-camera, Ms. Hamilton was a music reviewer and commentator on the public affairs program, Mzizi Roots on WBZ-TV in Boston and the host of a 36 program series on WNYC-TV called Brazil/New York which focused on various aspects of Brazilian culture. She was profiled on the Disney series Working and she’s been featured in interviews about jazz and WBGO for the New Jersey Public Television Network, WNBC, WNYW and WWOR in New York and NHK in Japan

Ms. Hamilton is also an accomplished voice-over artist with over three decades of experience in commercial and corporate voice-over.