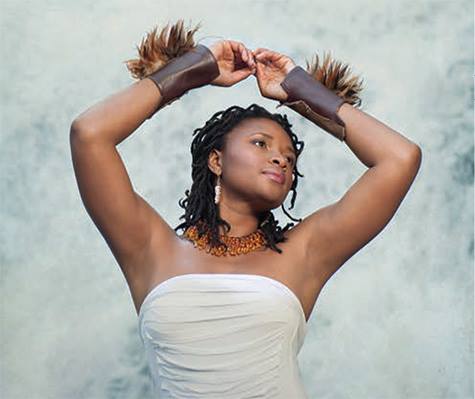 The next show will air on Sunday, September 6, 2015 from 11:00 PM – 1:00 AM Monday Eastern Standard Time on WBAI, 99.5 FM in the NYC metro area or streaming online at wbai.org. This broadcast will feature an interview with vocalist Lizz Wright.

Lizz Wright is a vocalist and composer who synthesizes R&B, jazz, folk, blues, and gospel. She was born in 1980 in the Georgia town of Hahira, and her musical tastes blossomed early on. Her father served as the pianist and musical director at the local church, and he encouraged his daughter to absorb the soulful dispositions of classic hymns.

Eventually, blues and jazz were added to Wright’s musical plate, and by high school she was earning awards in choir competitions. Wright was coming into her own with a warm, smooth singing voice, so her decision to attend Georgia State in Atlanta to study voice at a professional level wasn’t surprising. In 2000, Wright joined the vocal quartet In the Spirit. The group was quickly hailed as the best jazz group in the city, which motivated Wright to hone her craft all the more.

Two years later, the Verve label signed her as a solo artist. Her impressive singing style was captured on her 2003 debut, Salt. Dreaming Wide Awake, for which she shifted to Verve Forecast, followed in 2005. After making a guest appearance on the Toots Thielemans album One More for the Road in 2006, Wright released her third album, The Orchard, in 2008. In 2010, she returned with Fellowship, a gospel-heavy set that featured guest performances from kindred spirits Me’Shell Ndegéocello and vocalist Angélique Kidjo. After a move to Concord, she released Freedom & Surrender, on September 4, 2015. Her fifth album includes versions of Nick Drake’s “River Man” and Bee Gees’ “To Love Somebody”.

Lizz Wright will be at Highline Ballroom on 9/10 for an album release show for Freedom and Surrender. Details at Highline’s site.