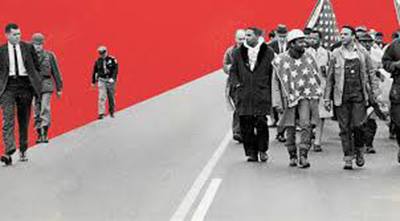 The next show will air on Sunday, February 19, 2017 from 11:00 PM – 1:00 AM Monday Eastern Standard Time on WBAI, 99.5 FM in the NYC metro area or streaming online at wbai.org. This broadcast features an interview with Jon Else, who is the author of True South: Henry Hampton and ‘Eyes on the Prize,’ the Landmark Television Series that Reframed the Civil Rights Movement.

True South tells the inside story of Eyes on the Prize, one of the most important and influential TV shows in history. Published on the 30th anniversary of the initial broadcast, which reached 100 million viewers.

Henry Hampton’s 1987 landmark multipart television series, Eyes on the Prize, an eloquent, plainspoken chronicle of the civil rights movement, is now the classic narrative of that history. Before Hampton, the movement’s history had been written or filmed by whites and weighted heavily toward Dr. King’s telegenic leadership. Eyes on the Prize told the story from the point of view of ordinary people inside the civil rights movement. Hampton shifted the focus from victimization to strength, from white saviors to black courage. He recovered and permanently fixed the images we now all remember (but had been lost at the time)—Selma and Montgomery, pickets and fire hoses, ballot boxes and mass meetings.

Jon Else was Hampton’s series producer and his moving book focuses on the tumultuous eighteen months in 1985 and 1986 when Eyes on the Prize was finally created. It’s a point where many wires cross: the new telling of African American history, the complex mechanics of documentary making, the rise of social justice film, and the politics of television. And because Else, like Hampton and many of the key staffers, was himself a veteran of the movement, his book braids together battle tales from their own experiences as civil rights workers in the south in the 1960s.

Hampton was not afraid to show the movement’s raw realities: conflicts between secular and religious leaders, the shift toward black power and armed black resistance in the face of savage white violence. It is all on the screen, and the fight to get it all into the films was at times as ferocious as the history being depicted. Henry Hampton utterly changed the way social history is told, taught, and remembered today.

Jon Else will be at The Brooklyn Museum on February 25 2017 for to talk about his book as part of a panel discussion on the Eyes on the Prize series.

This is a special Fund drive broadcast and we’ll be asking for your help to raise funds for WBAI Radio. Please consider donating (any amount: starting at only $5) to the station in the name of our show to support jazz programming and the work we do. Even better is choosing to be a monthly sustaining member, which gets you extra benefits as a “WBAI Buddy” and provides a consistent, predictable revenue stream for the station. You can also choose an autographed copy of the True South book for a $35 donation, which also includes a year’s station membership!