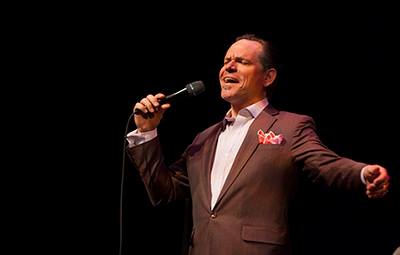 The next show will air on Sunday, July 26, 2015 from 11:00 PM – 1:00 AM Monday Eastern Standard Time on WBAI, 99.5 FM in the NYC metro area or streaming online at wbai.org. This broadcast will feature an interview with the versatile vocalist Kurt Elling.

GRAMMY® winner Kurt Elling is among the world’s foremost jazz vocalists. He has won every DownBeat Critics Poll for the last fourteen years and has been named “Male Singer of the Year” by the Jazz Journalists Association eight times in that same span. Every one Elling is a renowned artist of vocalese—the writing and performing of words over recorded improvised jazz solos. The natural heir to jazz pioneers Eddie Jefferson, King Pleasure and Jon Hendricks, Elling has set his own lyrics to the improvised solos of Wayne Shorter, Keith Jarrett and Pat Metheny. He often incorporates images and references from writers such as Rilke, Rumi, Neruda and Proust into his work. The late poet and Bollingen Prize winner Robert Creeley wrote, “Kurt Elling takes us into a world of sacred particulars. His words are informed by a powerful poetic spirit.” Said Robert Pinsky, former Poet Laureate of the United States, “In Kurt Elling’s art, the voice of jazz gives a new spiritual presence to the ancient, sweet and powerful bond between poetry and music.”

Elling has toured vigorously throughout his career, thrilling audiences throughout the world. In that time he has led his own ensemble and has collaborated with many of the world’s finest orchestras.

Elling’s new album Passion World is indeed all about “passions” – the forces that shake our souls. As one of the busiest touring jazz artists, Elling has encountered these passions around the world; he has observed how the same depth of feeling is shaped in different ways by each unique culture through which it is filtered. The result is an album vibrant with diversity and variety, and at the same time a singular celebration of what makes us all human.