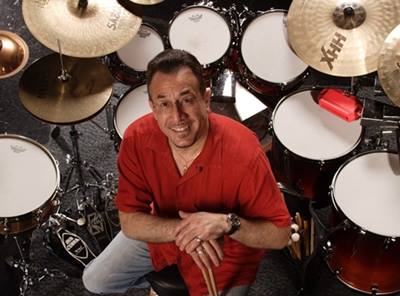 The next show will air on Sunday, July 6, 2014 from 11:00 PM – 1:00 AM Monday Eastern Standard Time on WBAI, 99.5 FM in the NYC metro area or streaming online at wbai.org. This installment of the program will feature drummer, percussionist, composer, arranger, multicultural warrior educator Bobby Sanabria. If you remember our special presentation “The Journey,” this time we focus solely on Bobby’s career.

Bobby, the son of Puerto Rican parents, was born and raised in the “Fort Apache” section of New York City’s South Bronx. Inspired and encouraged by maestro Tito Puente, another fellow New York-born Puerto Rican, Bobby “got serious” and attended Boston’s Berklee College of Music from 1975 to 1979, obtaining a Bachelor of Music degree and receiving their prestigious Faculty Association Award for his work as an instrumentalist. Since his graduation, Bobby has become a leader in the Afro-Cuban, Brazilian and jazz fields as both a drummer and percussionist, and is recognized as one of the most articulate musician-scholars of la tradición living today, and is a Professor at The New School for Jazz and Contemporary Music.

He has been featured on numerous Grammy-nominated albums, including The Mambo Kings and other movie soundtracks, as well as numerous television and radio work. Bobby was the drummer with the legendary “Father of the Afro-Cuban Jazz movement,” Mario Bauzá’s Afro-Cuban Jazz Orchestra. With them he recorded three CDs (two of which were Grammy-nominated) which are considered to be definitive works of the Afro-Cuban big-band jazz tradition. Bobby was also featured with the orchestra in two PBS documentaries about Bauzá and also appeared on the Bill Cosby show performing with the orchestra. He also appeared and performed prominently in a PBS documentary on the life of Mongo Santamaria.

Bobby is also an award-winning documentary producer whose films include The Palladium—Where Mambo Was King, shown on BRAVO, (see it on Vimeo) and From Mambo to Hip Hop—A South Bronx Tale, shown on PBS; he was a featured interviewee in both films. In 2005, Bobby was voted Percussionist of the Year by the readers of DRUM! magazine. In 2006, he was inducted into the Bronx Walk of Fame and had a street named after him in recognition of the global impact of his work in the arts.

See Bobby Sanabria live at a free performance in Damrosch Park on July 23, 2014 of Larry Harlow’s Hommy: A Latin Opera as part of Lincoln Center’s Out of Doors Festival. Follow our “On the Bandstand” segment on air and on our blog for info on future concerts.